The first YMCA in the United States was founded in 1851. A recently discovered document says that the first YMCA in Vineland was organized in 1875. Unfortunately, no records were discovered that can provide clues to that entity’s duration. The present YMCA organization was established on April 25, 1927. It was born of the belief that a YMCA could help local youth and adults. It intent was – and still is – to serve “all groups, races, and nationalities.”

By 1927, Vineland's Cresci Hall was rented as the center for all activities. This location boasted the city's first public gymnasium, which served 347 boys and men. In 1940, females were welcomed with full membership and participation privileges. They brought a substantial increase in memberships. Under the watchful eyes of the Board of Directors, Cresci Hall underwent many additions, hosted many community gatherings, and served as the venue for special events.

In early 1951, the Y moved from Cresci Hall. The Board of Directors selected the old Presbyterian Manse for a new home, a new building, a new program, and a silver anniversary campaign to make it all possible. Gifts and subscriptions funded the purchase of the building, plus an additional all-purpose room and an exercise room.

In 1955, a generous gift from Edward and Dorothy Campbell enabled the purchase of 55 acres of wooded land near Garden Road, in Pittsgrove. This new site became Camp Merrywood, the permanent home of the Y's expanding day camp program, which was established in 1940. Back at the Manse, however, space was not so abundant. Despite improvements, those facilities were never adequate for the growing membership. By 1960, the demand for services had outgrown the building. It was time again for the Board to think of more appropriate facilities.

In April of 1960, the Board of Directors authorized $36,500 for the purchase of a new building site at 1159 East Landis Avenue. This property consisted of three acres of land with a brick house situated near the street. While blueprints for a new facility were being drawn and a Capital Campaign to raise $406,000 was underway, the YMCA moved into the old brick house. Cognizant of the fact that they were building for the present generation of young people, as well as, for generations to come, planners from the National YMCA designed a structure which would be practical for programming, low-maintenance, and durable enough to withstand wear and tear.

Limited funds demanded long-range building plan which could be completed in stages, beginning with the immediate construction of a physical facility. As the plans were assembled and needs made known, dedicated people came forth to bring them to reality. The new scientifically designed and beautifully constructed facility was completed by 1964, at a cost of $370,000. It included Vineland's first indoor swimming pool, a modern gymnaisum, and general locker rooms. The Campbell Natatorium and Cunningham-Durand Gymansium were second to none in New Jersey.

In 1969, land adjacent to the Landis Avenue property was donated to the Y, and Camp Merrywood received improvements totaling $20,000. By 1970, the urgent need for a complete facility could not be denied. The Board of Directors launched Phase Two and set a fund-raising goal of $400,000. Campaigns were organized, money was raised, pace-setting gifts were received, and prayers were answered. At a cost of $575,000, the addition was completed in 1972. The new building was joined to the front of the existing one and housed administrative offices, a general-purpose room, a kitchen, clubrooms, a game room, lobby, exercise rooms, storage and service areas, and space for an adult health club. Finally, the YMCA had a large, well-designed facility to call home.

In 1980, the Fitness Center expanded through a $100,000 expenditure that brought a whirlpool, a steam room, and an enlarged exercise area. Major improvements to Camp Merrywood in 1983 included the addition of a soccer field, an asphalt basketball court, a playing field, rowboats, and a new bulkhead. The later 1980's brought a handicapped changing area on the main level, a stairway elevator donated by the Gannett Foundation, and a miniature golf course added to Camp Merrywood.

Despite the improvements, by 1995 it was obvious that another new addition was necessary. The Board of Directors undertook a Capital Campaign for $1,500,000 to expand the facility by 9,000 square feet. Again, talented and generous individuals rallied round the cause and addressed the financial demands. The Campaign was completed in 1998 and brought a second indoor swimming pool, expanded locker rooms, and an elevator. The following year, the full facility workout area was relocated to the Riggins Room to include new state-of-the-art equipment, additional workout stations, and televisions.

In 2007, a new Capital Campaign raised over $500,000 to open the area's first Family Fitness Center. This one-of-a-kind facility has an exclusive area for parent and child exercise, plus equipment for all ages and exercise levels. This Center began operating in January, 2008.

The YMCA reached a milestone in 2010 by serving over 6,000 members. In July of that year, the Y of the USA changed its branding to focus on its cause-driven programs throughout the nation. Two years later, the local YMCA celebrated fifty years at its current location. A reception for former and present members recognized the organization's rich traditions.

Two exciting projects came to the Y that redesigned in 2015 as existing space to meet the always evolving interests and needs of members. The opening of the Milam Family Multipurpose Center in April was soon followed by the dedication of the new Family Health and Adventure Center. These facilities comprise approximately 7,000 square feet and offer a myriad of possible activities, from basketball to Pickleball to wall climbing. The year also brought a milestone to Camp Merrywood, 60 years of traditional day camp experience -- and lifetime memories -- for kids aged 9 to 15.

During the 2015-2016 school year, afterschool participants enjoyed a landmark topping 1,000,000 minutes of vigorous activity, thanks to the Helathy U program.

The Diabetes Prevention Program addresses a true need in our region. It is offered free, in partnership with Bottion's Shop-Rite and the Vineland City Hall. Participants unanimously report improvement in their overall health through this project. Another impressive partnership is the Healthy Living Initiative. This began with investment by the Robert Wood Johnson Foundation and an affiliation with the Vineland Health Department which helped to bring a CDC grant of over $1,000,000. The goal is to build a culture of health where people live, work, and play.

The 90th anniversary of the Y was proudly commemorated in 2017. That year the Y also partnered with the Rotary Club of Vineland to start the first youth with special needs basketball league. Over 30 children aged 6 to 18 were given the opportunity to learn basic basketball skills. The program has continued and expanded with much success. Regular growth of the Before and After School programs brought the number of school sites to 24, spread across three counties.

In September 2018, the Galetto and D'Onofrio Family Free Weight Room was rededicated. Through the generosity of the Galetto/D'Onofio families, plus other community donors, a $65,000 renovation project was completed. This brought new flooring, paint, lighting, and weight training equipment. Additional renovation in 2018 included major upgrades to the Kontes Pool filtration system and lighting of the pool area.

A milestone in membership was reached in 2019, when a total of 6,500 was reached. The year also saw the naming of Scarpa Family Fitness Center in recognition of the generosity of philanthropists John and Jana Scarpa. Other upgrades to the Y included new equipment in that center, a modern announcement sign on Landis Avenue donated by Gary and Betty Galloway, and other facility improvements. Throughout the year, school age childcare services were expanded to 10 school districts in Cumberland and Atlantic Counties. 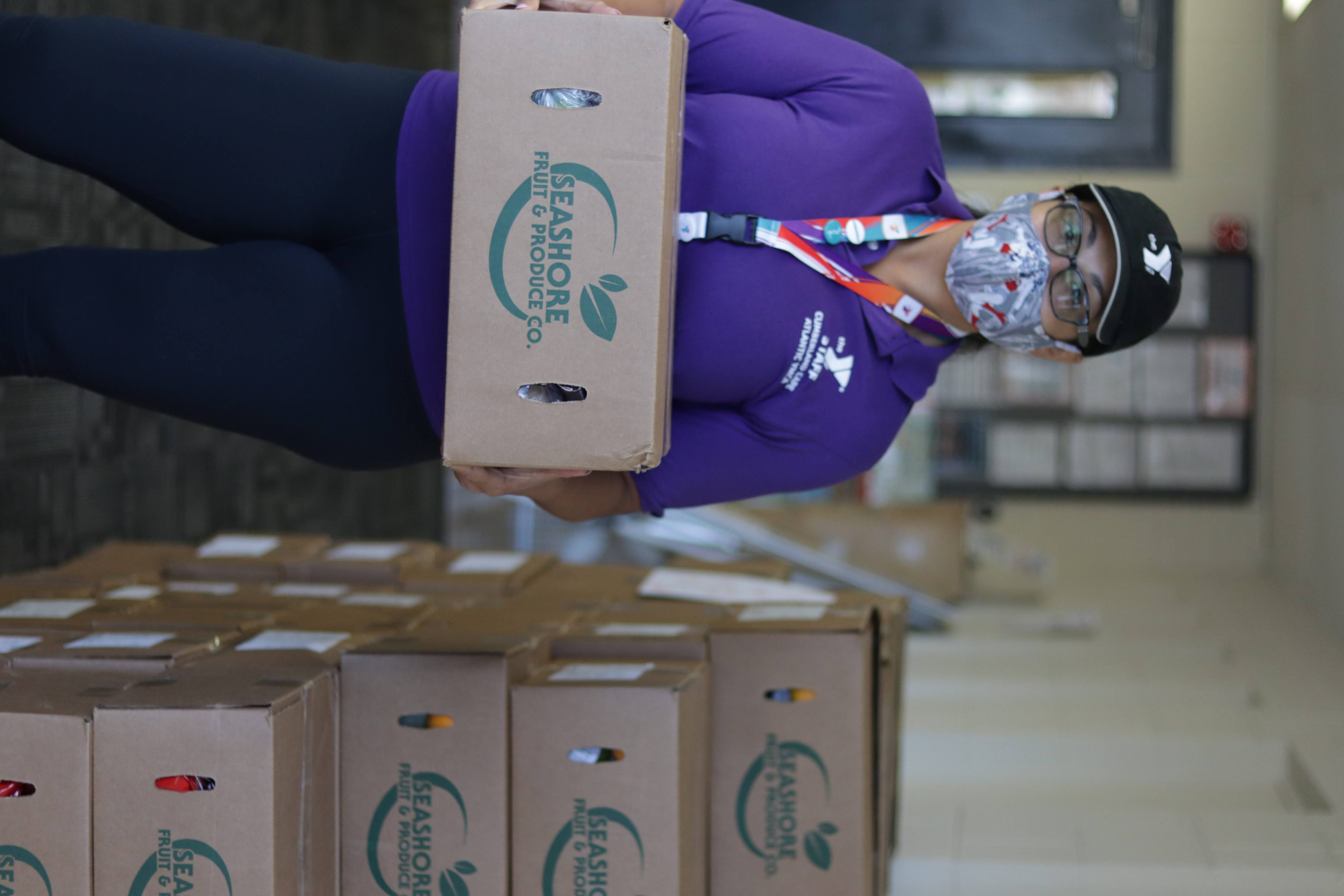 The growth experienced in 2019 continued into 2020 until the COVID-19 regulations forced all of the State's fitness facilities to close. Even as the Y was closed, however, it served our community with the distribution of free boxes of fruits, vegetables, and staples to reduce the incidence of food insecurity. Virtual exercise classes were also offered as a prelude to the wider service (aquatics, fitness, group exericse, youth sports, etc.) that were scheduled again by the summer and fall of 2020.

The year 2021 once again demonstrated the importance of the YMCA to our local citizens. For example, the families of preschoolers were provided with 220 free packs of teaching supplies. Over 250 kids played youth sports. The Virtual Learning Support Program enrolled 83 students. More than 450 adults took part in land and water exercise classes. Over 200 active older adults enjoyed specifically tailored programs. The MVP Youth with Special Needs indoor sports program boasted more than 25 youngsters. The Diabetes Prevention, Livestrong cancer, and blood pressure programs were all active.

The facilities were constantly improved in 2021, as well. There was a joyful ribbon cutting for the renovated John and Jana Scarpa Family Fitness Center. The latest addition to the grounds was the inception of the Let’s Play Outdoor Fun Zone.

Perhaps most significant in 2022 were the observations of 2 anniversaries. In April, our YMCA celebrated 25 years of its beautiful Kontes Family Pool and 95 years of strength and service. Thank you to all who have supported the Y over the decades. We look forward to celebrating our centennial soon!