The Y’s History of Building a Better Us 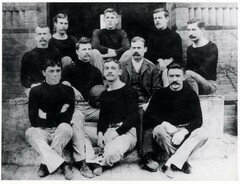 The YMCA was founded in London on June 6, 1844; today the Y can be found in 119 countries—including the US where over 2700 Ys offer programs and services designed to foster youth development, healthy living and social responsibility. What started as a movement to help young men during the industrial revolution, continues to empower millions of young people to reach their full potential as confident, engaged global citizens.

Here are five past notable events and achievements that demonstrate the Y’s commitment to the communities it serves:

Today, the Y serves more than 22 million people annually and offers resources at over 2,700 locations across all 50 states. Here are three ways “community” continues as the Y’s number one cause: